Most “normal” folks with “normal” jobs take a maternity leave right after their child is born, but when you’re an author and your former publisher calls two weeks before you have your baby to tell you they’re going out of business, well, things look anything but “normal.”

I want to express my sincere thanks to all you readers who’ve been patiently waiting for the second installment of The Waiz Chronicles. I’m sure many of you have graciously excused my media absence and delay of the second book on my little lady. Unfortunately there’s been a little more to it than that, but before I go into detail here’s a picture of little sweet cheeks: 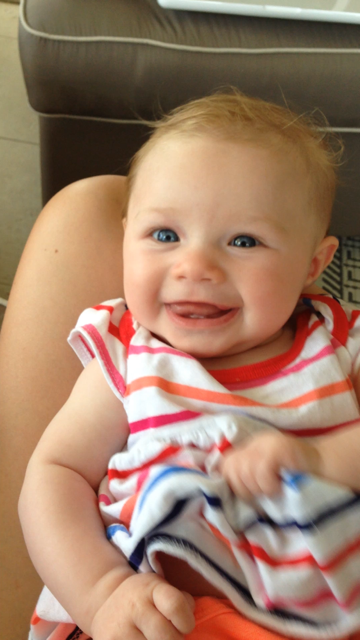 I mean, seriously, is that not one of the best things you’ve ever seen???

So as much as I hate to admit it, I can’t say I remember much of her first two months of life. If I wasn’t feeding, rocking, bouncing, bathing, cleaning, and most definitely NOT sleeping I was frantically closing and reopening all of the accounts for Escape From Differe, canceling former contracts, filing copyright infringements, and shipping the remainder of the printed copies to, uh, the “Bolden Warehouse.” I even learned how to upload eBooks (wowsers). Oh, did I also mention about this time the editors decided I needed to change the ending of Book Two? My poor thumbs typed this rewrite on the iPhone while baby girl slept on my chest (Warning – do not do this or you will have to get a cortisone injection aka “the devil shot”). Needless to say this wasn’t how I’d pictured spending my first few months as mom, so after Book Two was sent to the practice readers in the beginning of April I decided to turn off my computer for a few weeks.

I did however have some previous engagements on the schedule, which were a breath of fresh air after an exhausting fall and grueling beginning to the year. 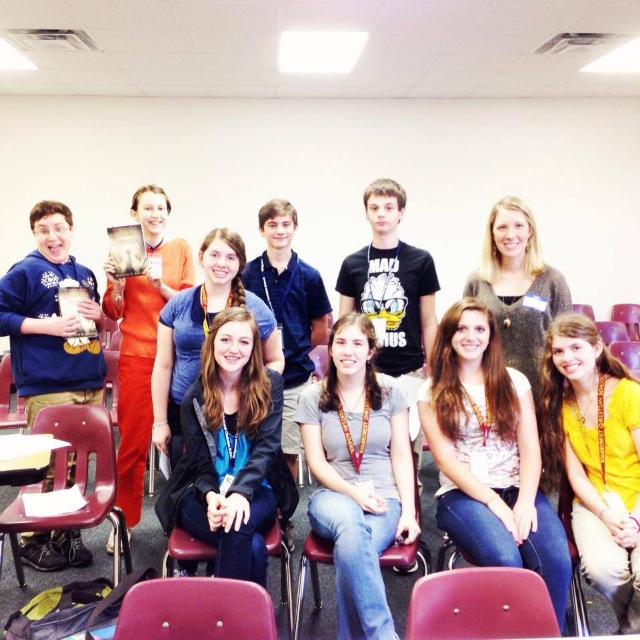 I had the privilege of speaking to a creative writing class—most of whom had ALL written or were in the process of writing their own books. I was so inspired!!! 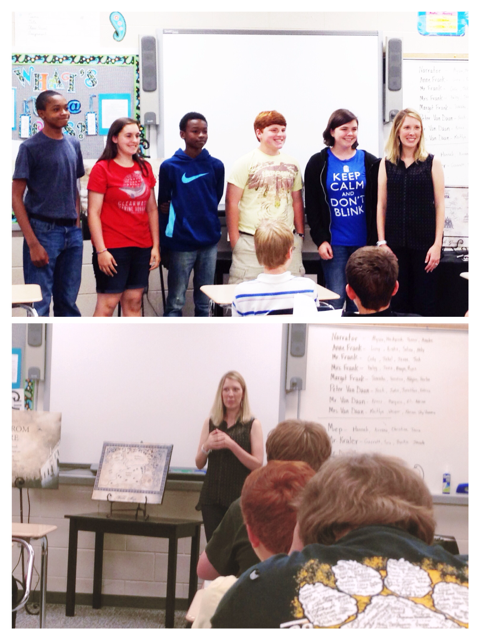 I also enjoyed a full day of speaking in Mrs. Aycock’c English class at Geneva City Middle School. The 8th graders were a blast!

I look forward to sharing in the schools more next year and am SUPER excited to be speaking on the Alabama Library Expo Tour this fall! 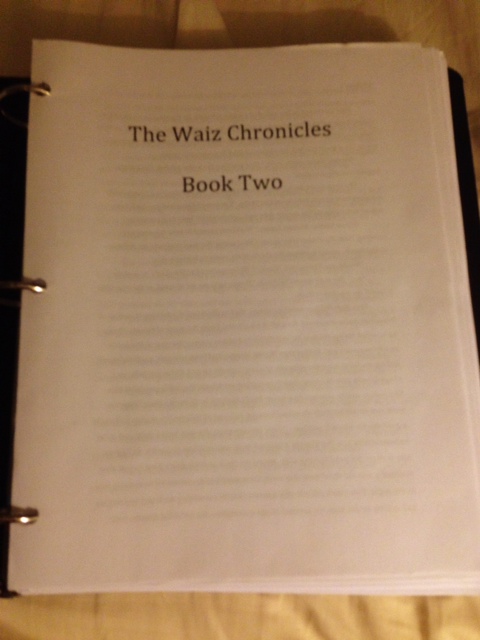 So, these are being returned with really positive feedback. I LOVE hearing that some of the readers favorite portions were the ones that went through a dozen or so rewrites and several rounds with the editors—SCORE!!! My writing is a little different in this manuscript . . . more on that later. Stay Tuned! Once we get the rest of these back, I’ll comb through the book (basically read it aloud) one more time to make the final corrections. After that is the fun stuff – typeset, maps, cover, and finally PRINT!!!

Whew, another book almost done. I never planned to do this and certainly never thought I would. Thank you for trusting me with your time—I treasure it!!!

P.S. This is obviously the “nutshell” version of the past 6 months, but I hope this shines a bit of light on the holdup. I’m not one to spill my guts on the internet—I leave that for my books. Thanks for sticking with me in this season of change!

P.P.S . If you liked the first book, we would so appreciate a good word on Amazon or iTunes (we are in the process of reapplying with B&N). . . unfortunately all our past reviews were deleted during the transfer: Amazon Review   iTunes Review   THANK YOU!!!