It’s already been said on this blog that I hate getting personal, mostly because it’s like any other form of written communication. Unless I put twenty emoticons along with my message you may not know exactly what I’m saying or how I meant for you to receive it. But because I’ve kept you waiting (er, ten months since my last post) I thought it only fair to share a few more details on what happened in 2014 aka bring perspective.

Book One, had its own challenges certainly (like when the actual books showed up halfway into the release party), but Book Two almost took me out. I mentioned before that the publisher of Book One called two weeks before I had my baby girl to tell me they were going out of business. Cue embezzlement, cue all royalties gone, cue my files being sold to another publisher without my knowledge, cue filling my garage with over 1,000 books, cue B&N pulling the books due to verification issues on the paper, cue being given faulty printing info, cue fighting with Amazon for ten months on copyright infringement . . . I should probably just stop there.

So after going through all of that, WHO was going to publish Book Two? NOBODY but me.

Now, if you’ve ever tried to publish your own book and your degree is in speech-language pathology it’s kind of like watching my almost two-year-old “steer” her trike or “color” a picture of Elsa. I’m serious. We’re talking as bumpy, messy, and unprofessional as it gets. What makes it more fun is if you can find other folks in completely different fields to help you too, like an investment analyst and English teacher (okay, so that was actually helpful) as your editors and a pharmaceutical sales rep as your formatting expert.

People ask me for book advice all the time. At this point I can probably tell you more about what not to do than do. What I do not recommend is trying to navigate a publishing horror story, motherhood, and self-publishing all at the same time. Some things, the really important things, might begin to unravel. And, if that happens be smart enough to pull back.

Book Three for Christmas? I suppose the answer is obvious now, but no, no book for Christmas. I put together a plan for the final two books in this series and how they will be released last February. It’s BIG, and you’re going to love it, but to make it work I had shift my focus away from books for a little while . . . this absence has made my heart all the more ready to share Book Three and Four with YOU! Book Three has a terrible cliffhanger, so I need a little more time to prepare Book Four so the releases are close—I promise you’ll thank me later. I cannot thank you enough for being on this wild ride with me. I value the time you’ve take to even read this update.

I’m looking forward to wrapping up my first book series in 2016, or saying hello from the other side. 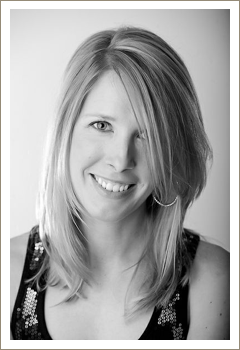