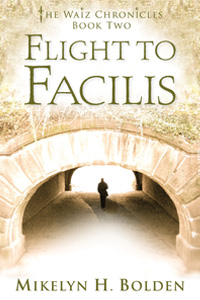 Email mikelyn@mikelynbolden.com for Escape From Differe or bulk orders.